So you’ve packed all your best clothes, all your favourite books and all those epic posters ready for your new student accommodation. And before you know it, you’re a proper student at a proper uni. The Lad was the most popular kid in school. Trouble is, in his head he’s never left school. The Lad is at uni for two things – and two things only – booze and babes. Sure, we all love drinking with fine folk, but that’s all this guy is living for. Every week is fresher’s week for this guy. He doesn’t realise that fresher’s is only supposed to be seven un-sober days. But why would he? That would require reading a book. And just because he’s at university doesn’t mean he’s going to start now. A similar breed to The Lad, The Lass was Queen Bee before she came to university. Now she’s determined to wear her crown (Or more likely a tiara bought from Claire’s) to every damn class and expects you to brown-nose her because she’s so superior. If she ever stopped wearing make-up then it’s a sure-fire bet that Max Factor would go bust. The geeks. They’ll inherit the Earth, if the graffiti in the library toilets is to be believed. Not so long ago The Geek was a prime target for catty remarks or worse, from oh-so-cool kids who’d never even heard of Buffy the Vampire Slayer, and thought Guardians of the Galaxy was a milk chocolate broadsheet. These days The Geek is the embodiment of pop culture. With superhero movies in every multiplex across the country, The Geeks are Kings and Queens of Cool, no matter what The Lad may tell you (whilst drunkenly dousing your ear with vodka and Red Bull). Update. Update. Update. Refresh. Refresh. Refresh. It’s been twenty seconds and no-one’s commented on her Facebook status (It’s almost always a girl), and that’s likely to send The Web-Head into a deep spiral of narcissistic depression. Gone are the days when people would check their phones surreptitiously at the back of the class – The Web-Head’s desire for the latest online gossip is so great she will quick-draw her phone any time, any place, even in exams. You’ll know when you meet her: she’ll be super-busy scrolling through her Twitter feed, offering up non-committal grunts when you try to make conversation. You’ll probably never quite understand how he got into university and, to be honest, he probably doesn’t know himself. The Stoner. When he’s actually awake in time for class, you’ll find him slumped at a desk trying not to make eye contact in case you notice how red his pupils are. If he’s studying biology, he’ll be mesmerised by the innards of a frog. If he’s taking English lit. he’ll be captivated by a Marxist reading of The Turn of the Screw. Like, before Marxism was even a thing, man! Mind blown. It’s cool to care. You know that. We all have our pet causes and beliefs. But The Activist takes it to a whole other level. They are drawn to every cause out there, and they want you to join them. Like, really, really want you to join them. It doesn’t matter if they’re of the political Right or Left, The Activist operates in the same way. When they’re not spamming your Facebook with links to dubious websites, they’re brute-forcing a signature out of you for their latest petition. Because it’s not always about helping people; it’s about making themselves feel awesome at the expense of actually making a difference. Not to be confused with The Activist, The Politician is actually the total opposite. They believe in nothing. Or everything. Or anything you want them to believe. Just so long as you like them. And so long as you’re friends, shouldn’t you be buying The Politician a round of drinks? Until, y’know, the end of uni. The Politician will take advantage of you in every way possible because they’re super-smart and utterly spineless. They are life’s sharks, feeding off others. And somehow, even after all that back-stabbing and lying and unnecessary drama, you’ll still sort of like the old sociopath in a way. You just won’t know why. Gurl, those slingbacks are so last lesson, amirite? The Fashionista has only one interest – looking damn fine. No Primark dresses, no knock-off Louis Vuitton handbags, life is a catwalk and she only buys genuine, mass-produced fashion labels – which she’ll blog about. At great length. Until she’s writing for Vogue or Cosmo. How she affords those stylish clothes on a student loan that usually only lasts you a week or two remains a mystery. But if you’re looking for a chance to shake-up your wardrobe, you could do a lot worse than befriending The Fashionista.

Ready to meet your fellow students? If you’re seeking Lancaster University Accommodation we can help. CityBlock offer high quality student rooms and apartments in two of the most exciting university cities in the world. Get in touch with us today on 01162 517270 or email info@cityblock.co.uk. 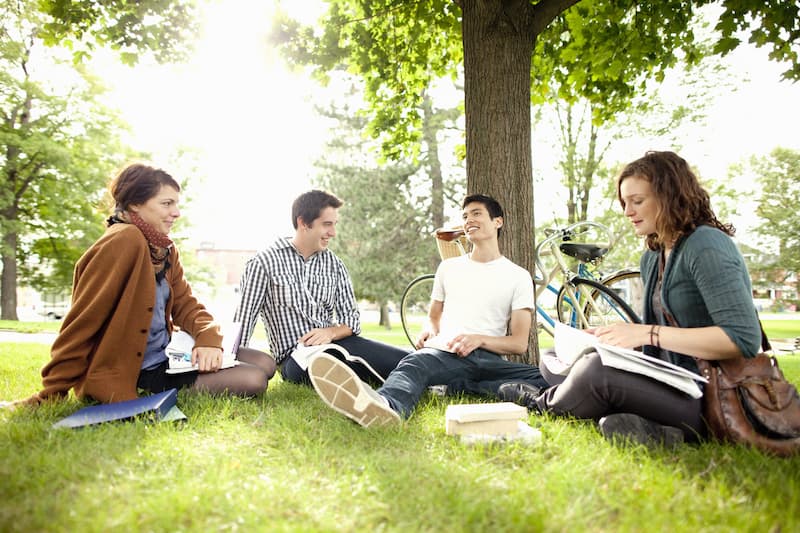